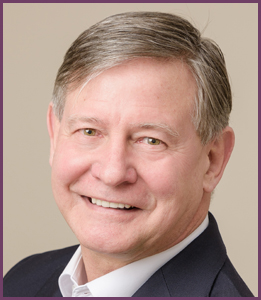 Robert Passas trained in Medical Laboratory Science, within the UK NHS and went on to study Medical Biochemistry at Surrey University. He gained a BSc (hons) degree in 1982 and then in 1990 a PhD in Analytical Chemistry, developing novel diagnostics used in clinical research into the complications of Diabetes.

Robert is currently the Chief Commercial Officer of Chembio Diagnostic Systems Inc., a New York based public company specializing in point of care rapid diagnostics. Chembio focuses on infectious diseases with an emphasis on rapid HIV diagnostics for professional and home self-testing.

Prior to Chembio Robert held various senior leadership roles in IVD companies including as board member and Commercial director at the Birmingham, UK based Binding Site; the US San Diego based Quidel where he was senior director for International commercial operations; Trinity Biotech, Ireland and Abbott Laboratories Diagnostics Division, Wiesbaden.

Robert also served as non-executive director and interim non-executive Chairman of the board of directors of Hibergene, an emerging molecular diagnostics company based in Dublin, Ireland.

Robert has extensive experience in clinical laboratory and Point of Care Diagnostics, from SBGM to HIV Self Testing. He is passionate about bringing laboratory quality test to subjects in their home or at point of care units within the community. He strongly believes that not enough people ever benefit from a rapid and affordable test and that the lab needs to be taken to the people.

Robert is the author of numerous academic publications on IVD diagnostics and, with colleagues from Abbott, published the first duplex ELISA immunoassay for the simultaneous detection of HIV and HBV. Robert was the recipient of the Abbott Laboratories Chairman’s award in 1995, as an employee of the year for his outstanding contribution to Abbott Diagnostics. Robert works closely with key stakeholders who are changing the outlook on global healthcare and is considered, by the World Congress on Healthcare, as one of the 100 most influential people in Healthcare.

In his youth, Bob – as he is informally called – was a national level Judo player trained by Tony McConnel (British Olympic coach) and Ellen Cobb, the world’s current highest graded female Judoka. More recently, Bob gained his Black Belt in Shotokan Karate from the USKF-Ireland under the KUGB.

Bob is married with two daughters, is a keen – albeit a dreadful – golfer and self-taught classical guitar enthusiast. Bob is a dual national British and Australian citizen and resides with his family in the Wicklow countryside south of Dublin.[/vc_column_text][vc_empty_space height=”80px”][/vc_column][/vc_row]

Need help? Chat with us.
Send via WhatsApp